Izzie Button makes some of the most fun things on the grid. Sometimes it is quite uncanny—I will be thinking “I really need someone to make __________ in SL” and next thing I know Izzie has made it. For this round of Summerfest she released some marvelous sandy body and face tattoos. Living in “The Ocean State”,  I can testify that any trip to the beach is going to culminate with piles of sand in the car regardless of how much you brush or rinse off. Cory Edo’s lovely June Trompe Loeil – Pop-Up Camping Scene from the Arcade was a great backdrop for Audrey Guter’s sweet couple’s pose. 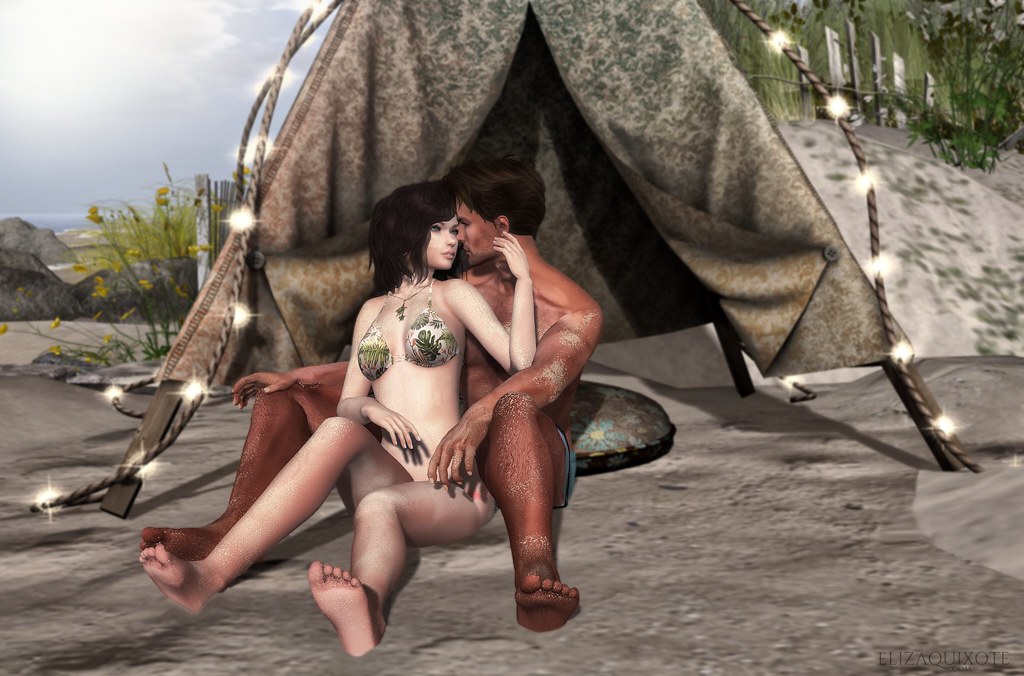 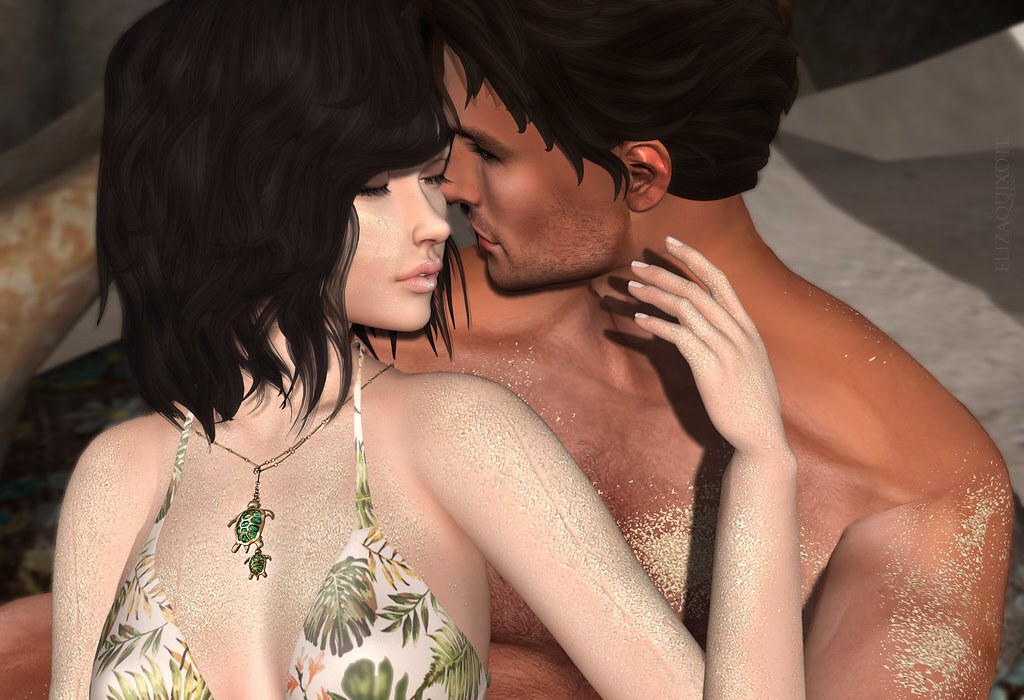 I am not one to wear a lot of cut out clothes in RL, but I thought this sweet dress from Miss Chelsea was super cute and very suited to a walk on the beach. I chose Lara Hurley’s dewey Gia skin for the new Catwa Amy head, released at Summerfest earlier this week. 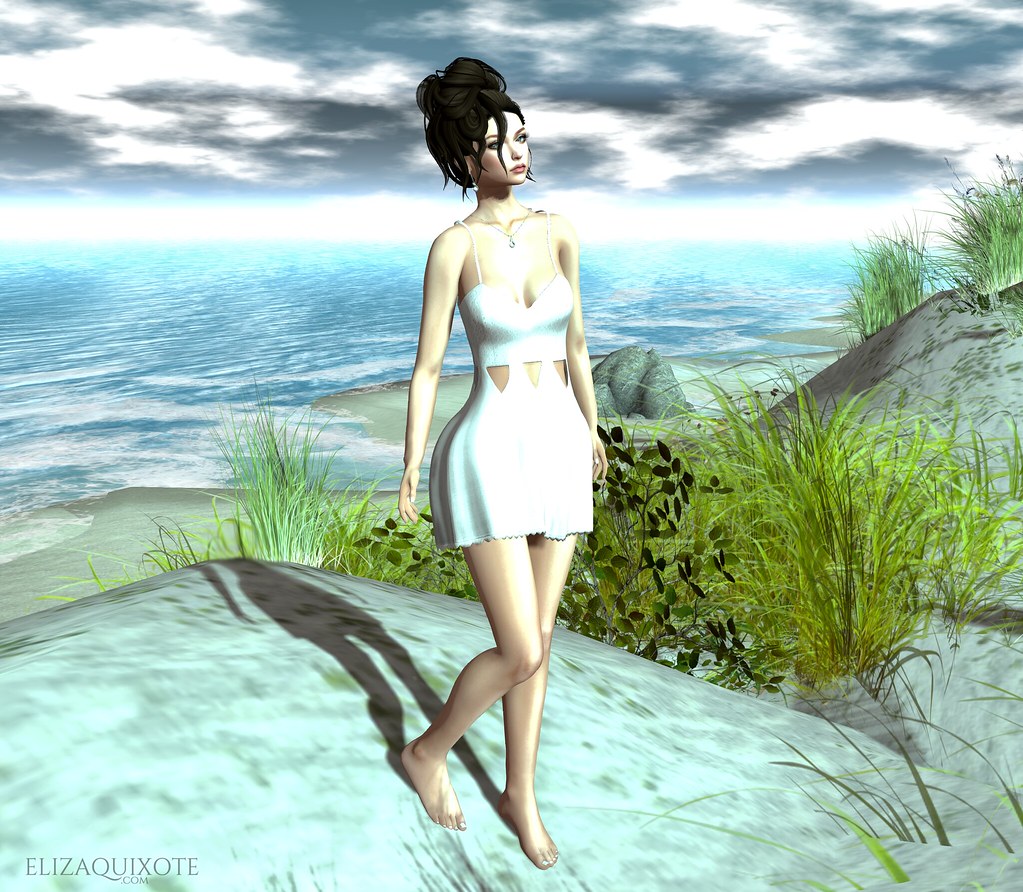 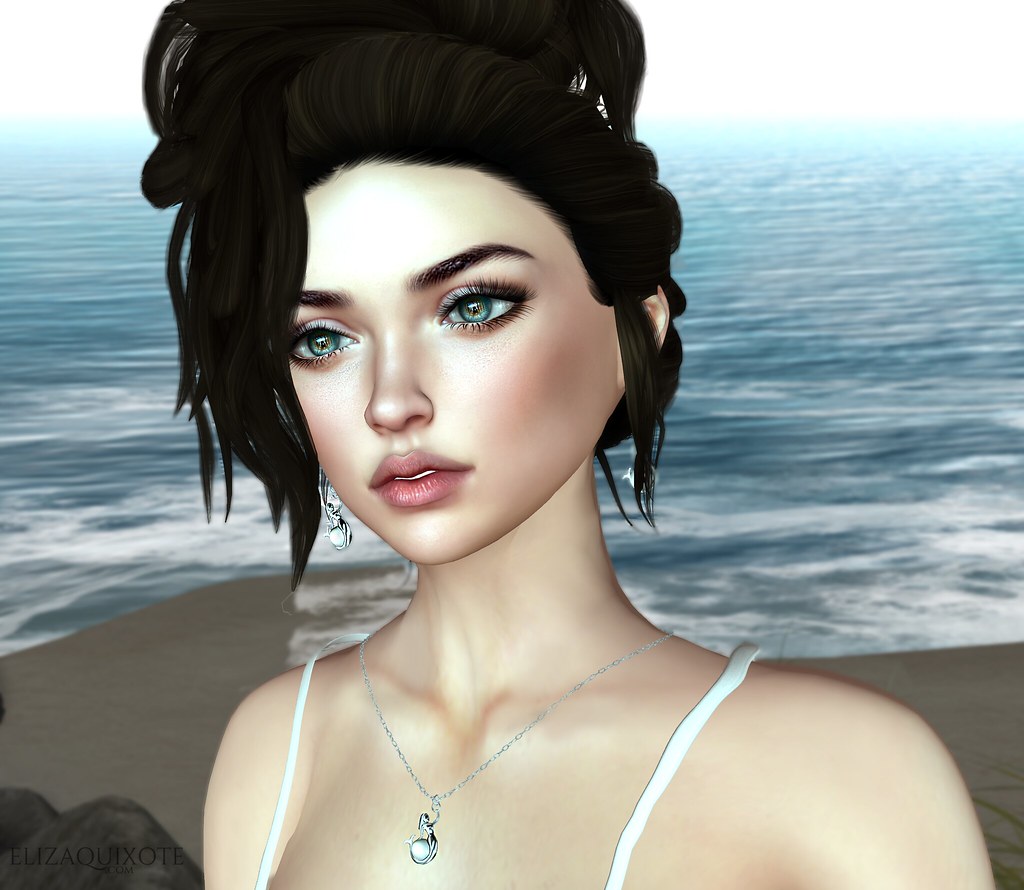 Pose: An Lar Elena by Katya Valeska (@The Liaison Collaborative)