It’s always nice to find good guy poses, and at Pose Fair this year Londenia Leistone of Ridic has released this guy-friend pose, named simply “Dudes Pose.” So I went in search of some of my favorite SL dudes, Leto and Steel, who are always fun to photograph. Since they also expressed appreciation for Winter Thorn’s Harvest Chairs,  I am including a photo of them sitting there, as well. Thanks to both of them for helping me out with these photos. 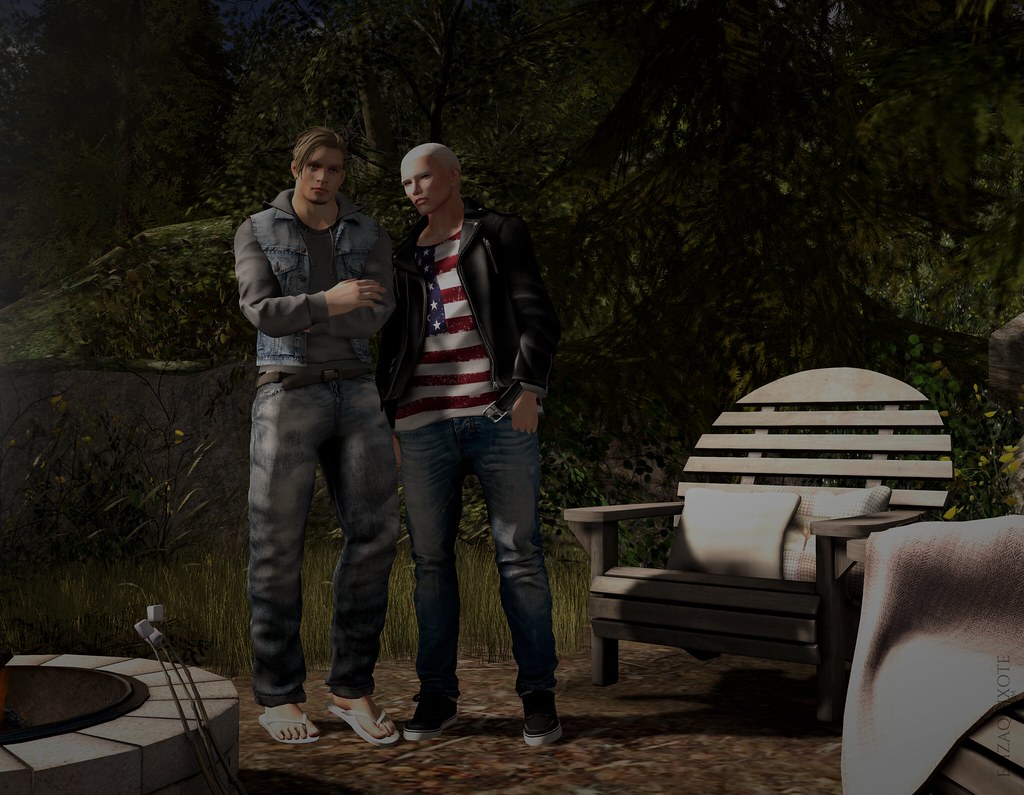 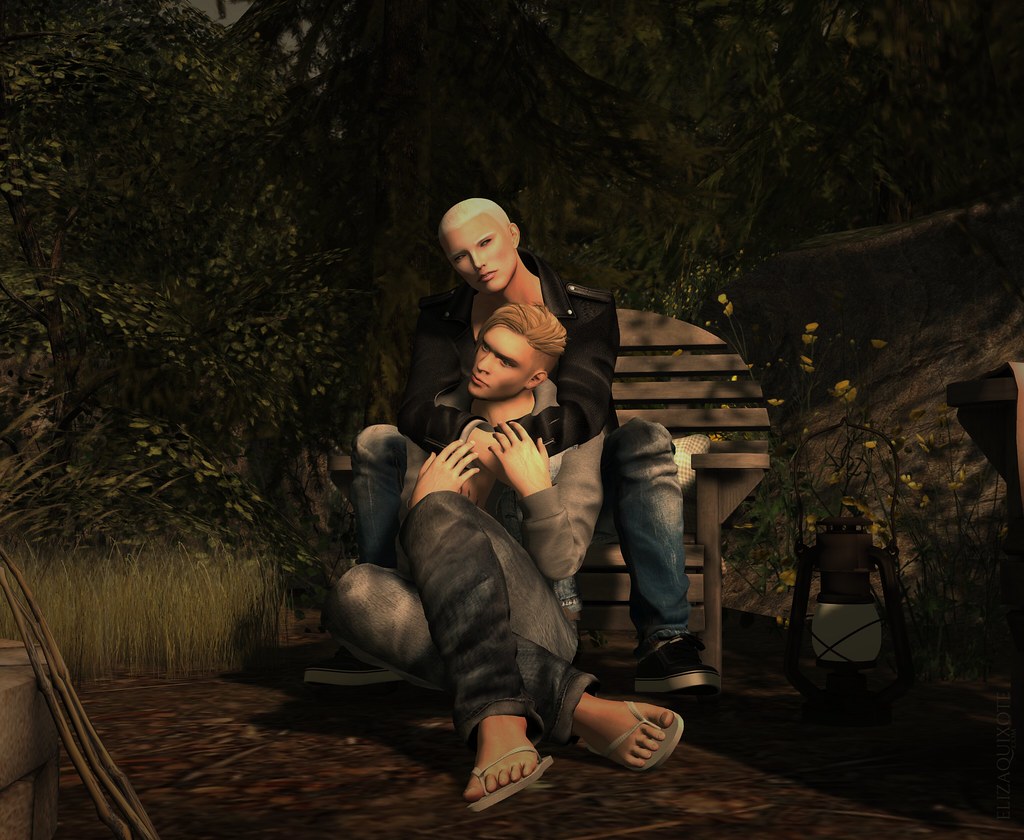 Body: TMP Beta with Classic Head by The Mesh Project

Pose Photo 2: What Next Winter Harvest Chairs by Winter Thorn

I first met Danny about six months ago, doing what he does best, which is playing music that people love to listen to. (And by people I mean me. Probably some other folks, too.)  There is a story behind every song Danny shares, and usually an over-arching set of stories for any given set that he creates. Sometimes he talks a little about the artists or the songwriters—and during those times it is sometimes possible to catch in his voice the tremolo of the truly musically impassioned.  If you haven’t had the pleasure of hearing him play, do yourself a favor and listen to one of his sets.  You can catch him Tuesday nights at 7pm SLT at Someplace Else or at the Attic on Thursdays at 6pm SLT. 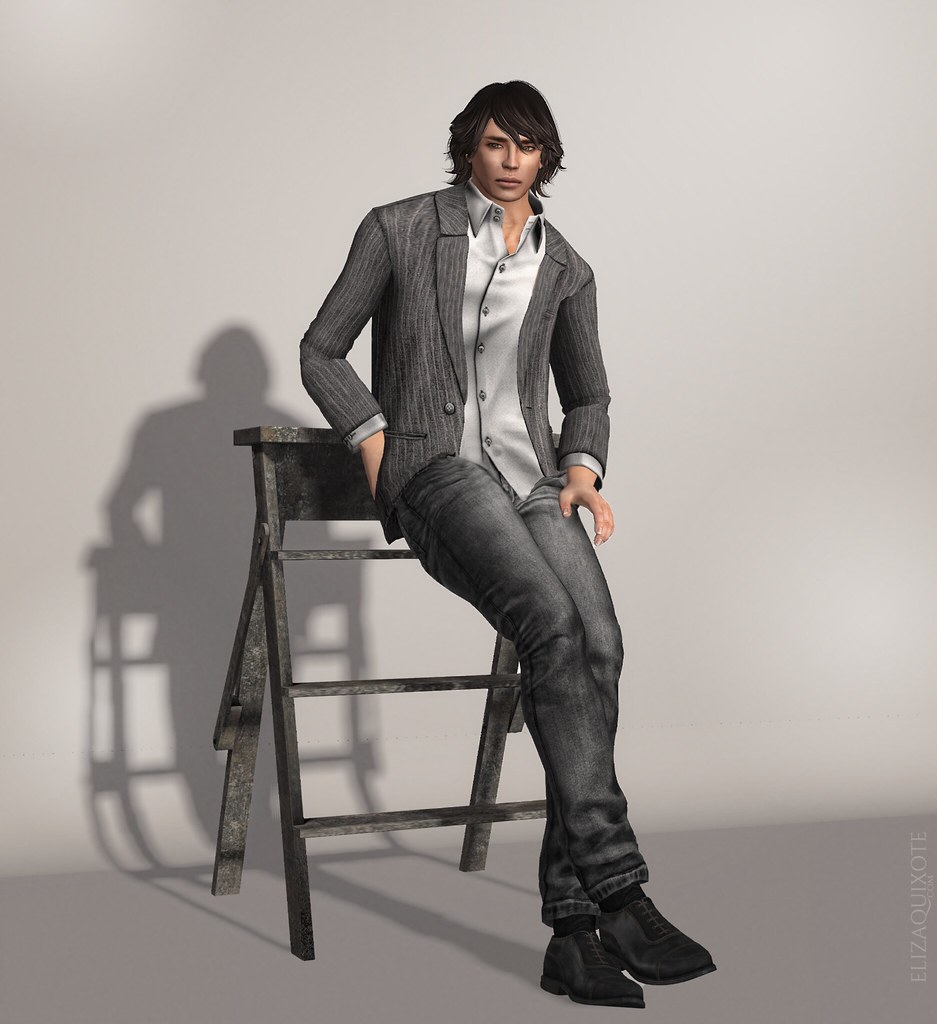 Danny’s pixel transformations have been many. They have also sometimes been hilarious. First there was his “normal” look:

…then there was his Elvis look:

…and my personal favorite, the Santa’s Little Helper look:

Anyway, in a very presumptuous move, I sent him a recent hairstyle and told him that 2009 needed to rest in peace. What has followed has been Danny’s external  transformation. Turns out he is quite skilled at putting himself together as he did for this shoot, choosing a classy blazer from Scars and comfortable jeans from Shai. Internally, why, Danny needs no transformation at all. I am lucky to call him my friend.