Pose: an lar [poses] The Marisa Mini Series – One by Katya Valeska (@The Liaison Collaborative)

Pose: An Lar The Riley Series by Katya Valeska (@The Liaison Collaborative) 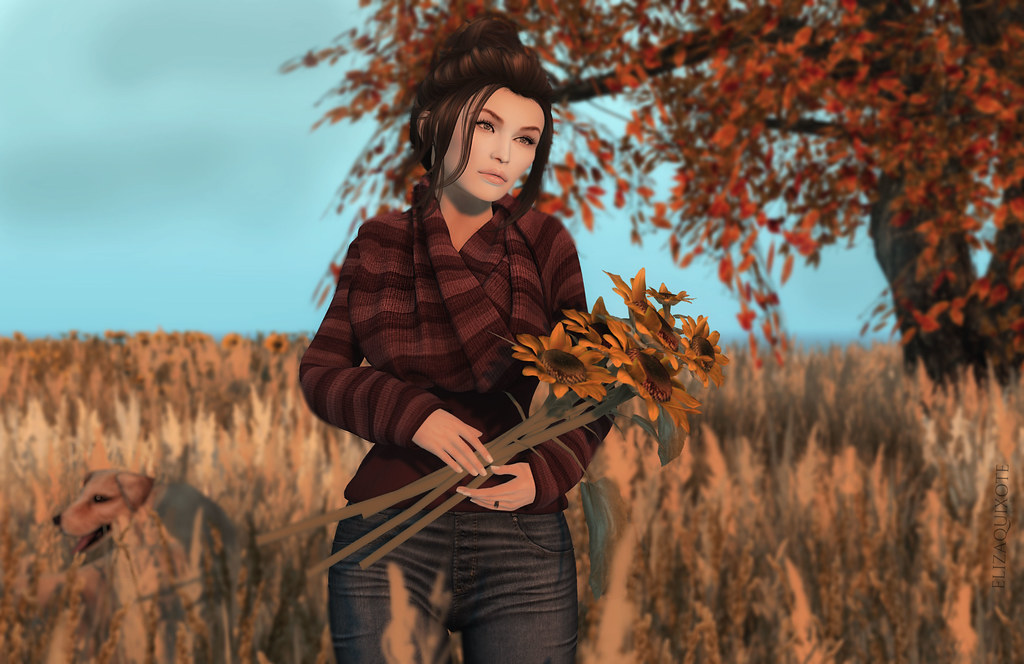 It is time for short sleeves and open-toed shoes again, and water that won’t quite turn your foot into an ice cube when you dip your toe in. And the water temperature will only get better. For today’s photo I chose Steffi Villota’s gorgeous Gulia skin, framed by Sabina Gully’s soft curls. Both are new releases and are available at their main stores. 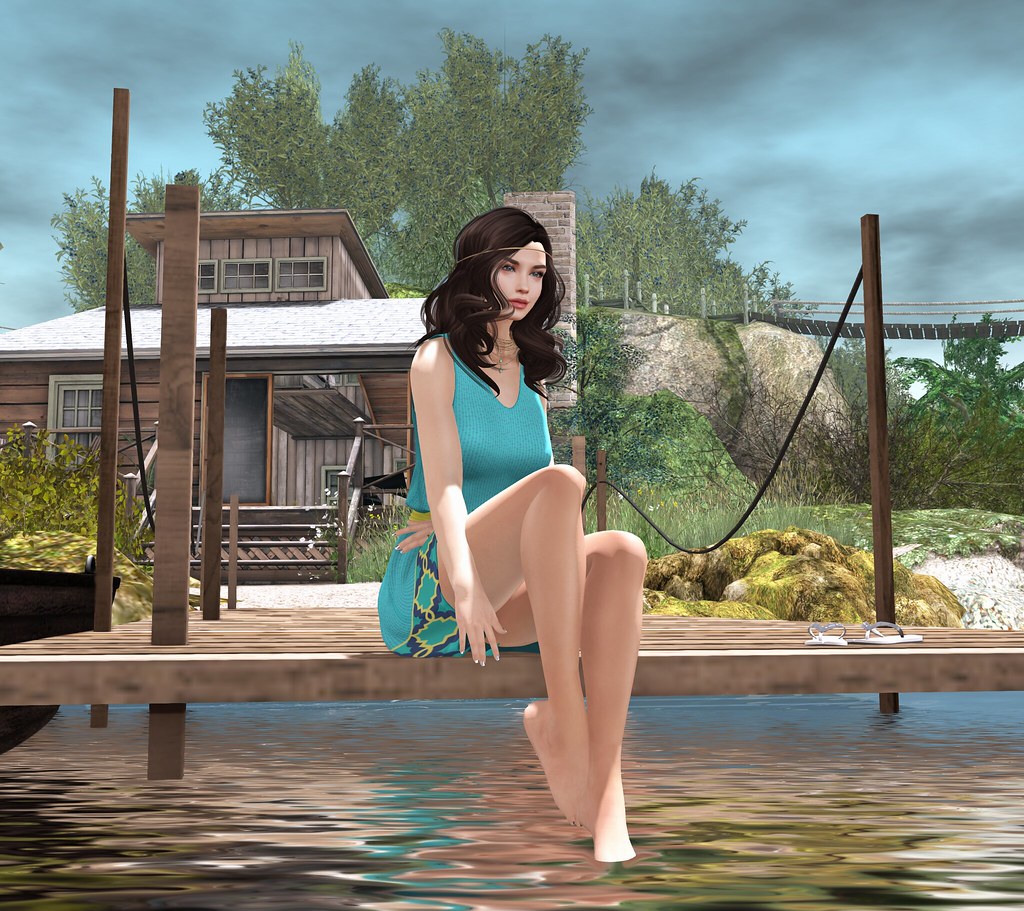 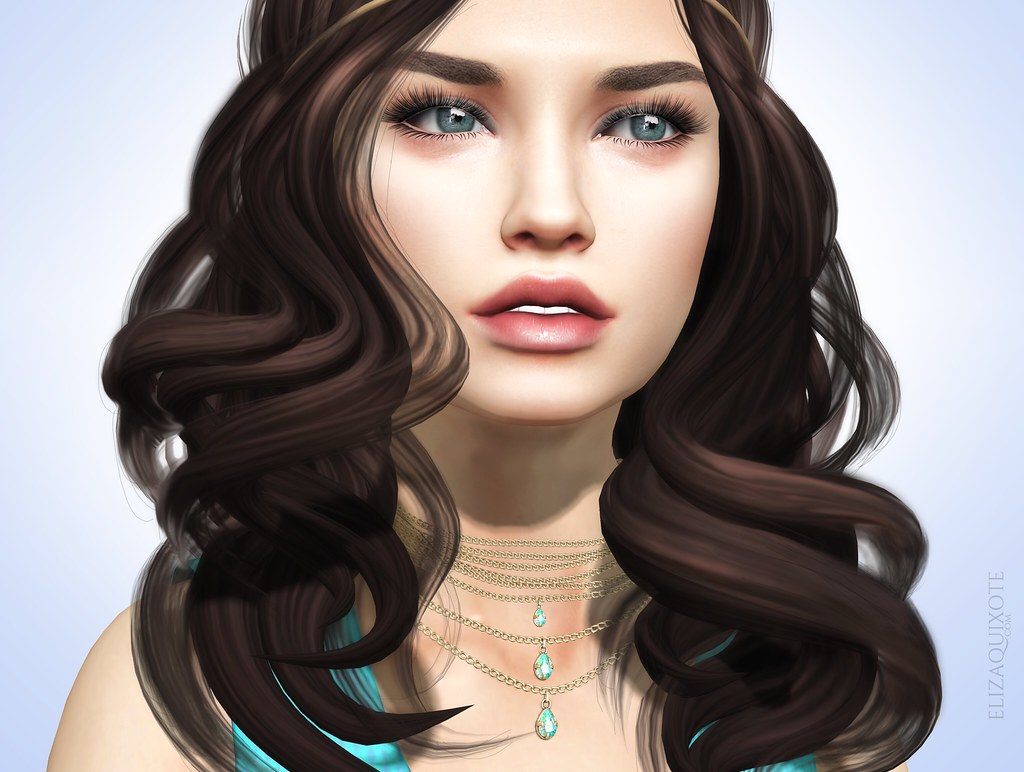 This beautiful lace dress from Ison cried out to be worn on a sandy beach so I found an obliging one at Korea Beach Village. I am using one of Leyla Flux’s pose releases at Pose Fair this round. This one is part of the Body Language Series, but she has two others out at the fair as well. Finally, Sabina Gully just keeps working her magic with each new hairstyle and this style is no exception—it was perfect for that lovely sea breeze. 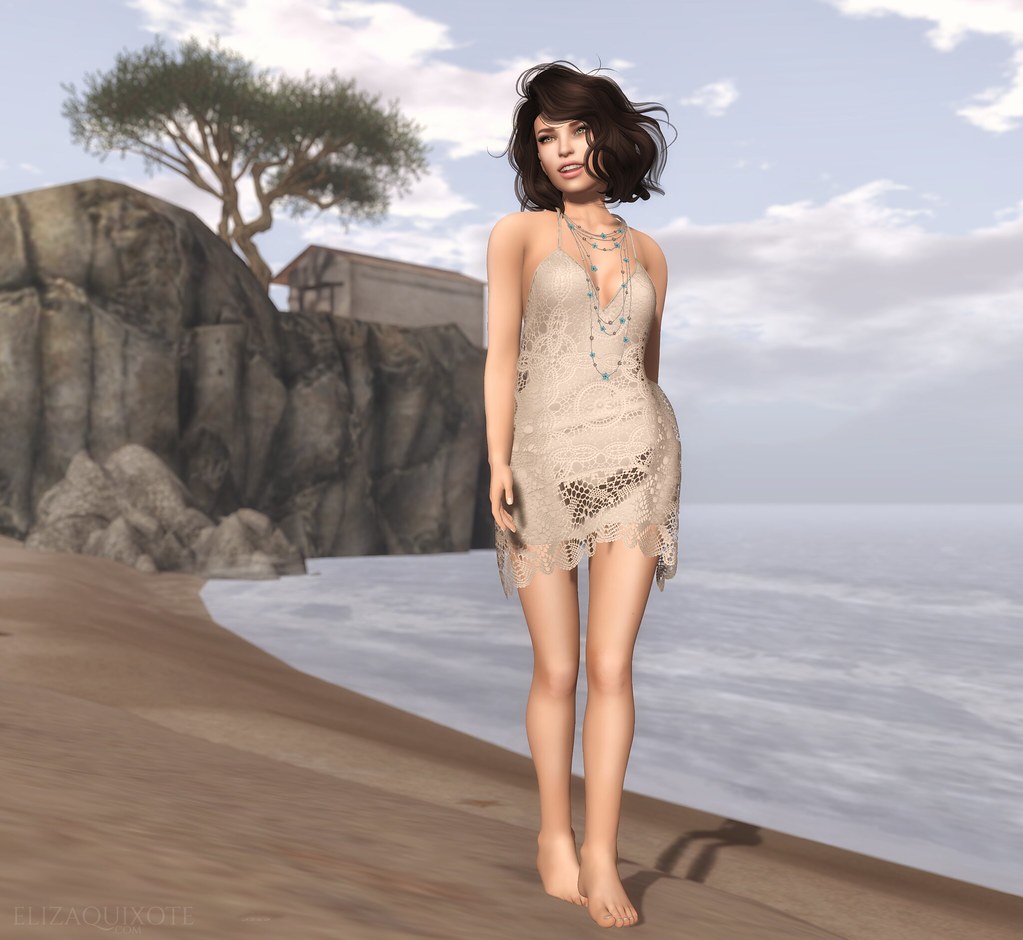 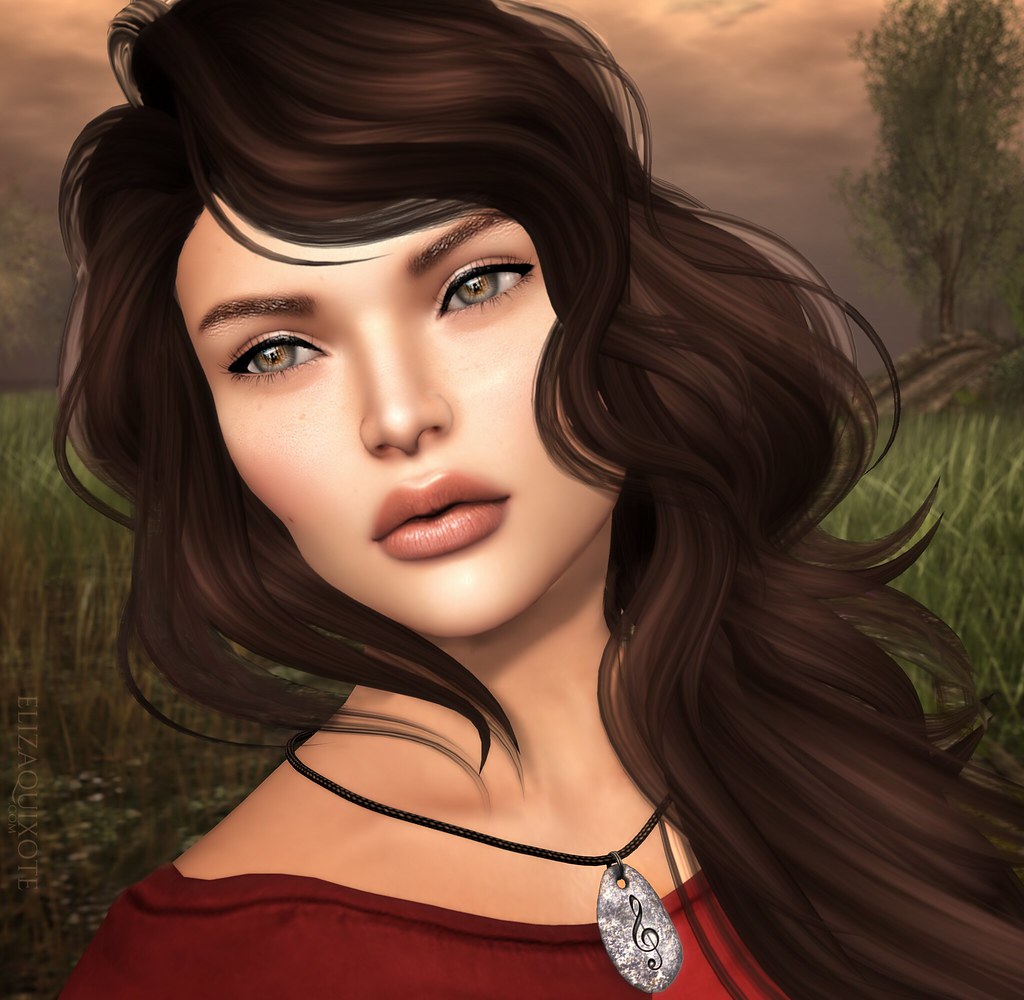 Look not mournfully into the Past. It comes not back again. Wisely improve the Present. It is thine. Go forth to meet the shadowy Future, without fear. 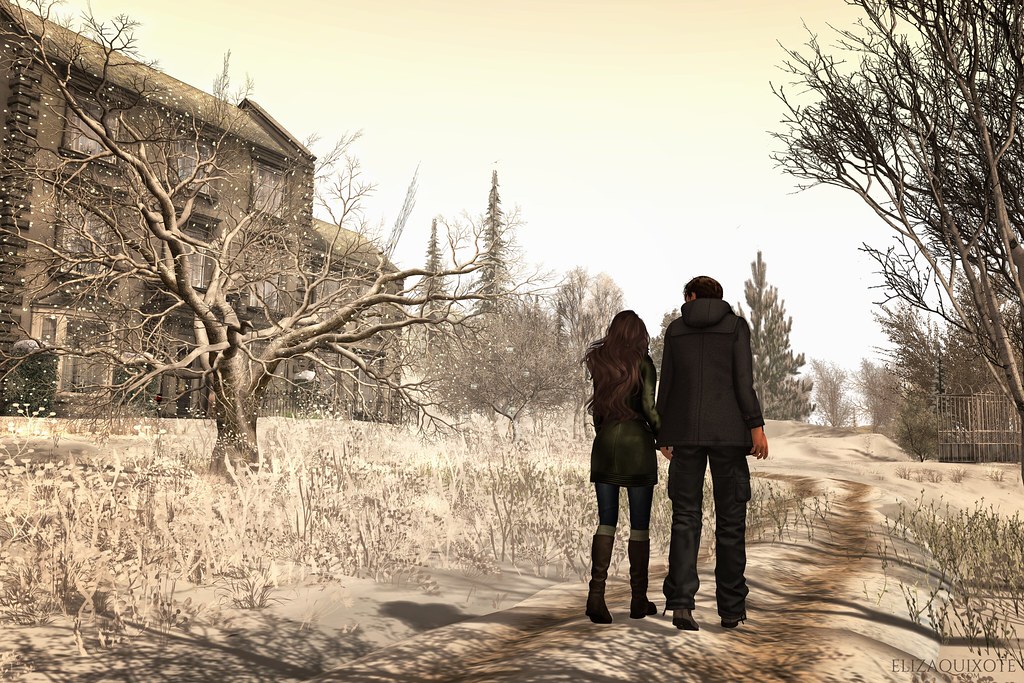 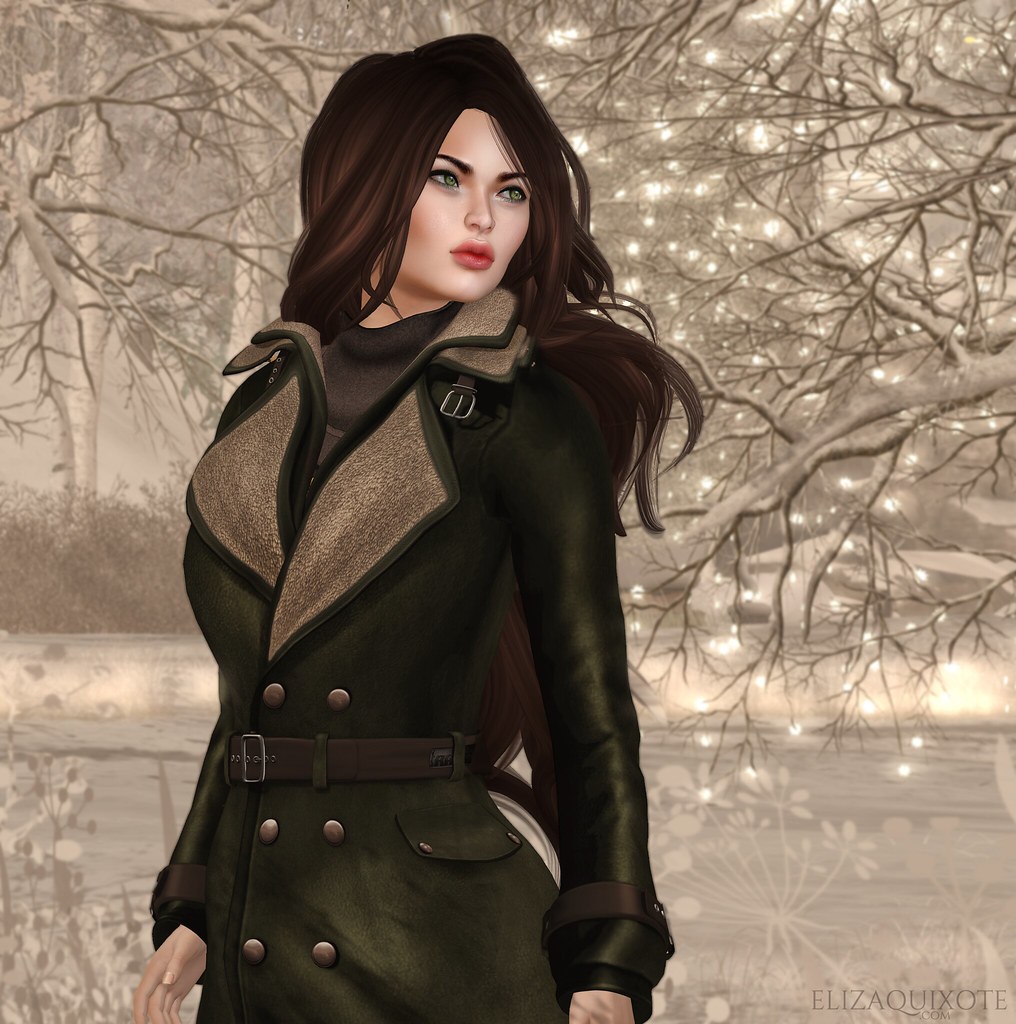 Pose photo 1: Kuro in motion – By  your side by Luana Dawg

In my student days I lived in Chapel Hill, North Carolina on the third floor of an apartment complex that had a dense wood behind it. It is to this day my favorite place I have ever lived. In the wood were bright yellow American goldfinches, hawks, sparrows, towhees and my favorite, the Northern Cardinal.  The cardinals would fly in a swooping, rising and falling pattern until they reached my balcony, where my birdfeeder hung. I spent a lot of hours sitting by the window and watching the birds come and go, and in the spring seeing the young ones fledge from the nest and hop adorably around on the ground searching for seeds and calling to each other. The place I live now is fully urban with more asphalt than trees, and the only birds we get are the raucous and belligerent European starlings who do well in parking lots and the occasional urban square of lawn. In the winter, though, I think back to those magical snowfalls and ice storms in North Carolina and the flash of crimson red moving about on the white snow. One day I want to live in a place like that again.

The Neve/coldLogic team has released beautiful winter coats for the season and I chose one in creamy white for this photo today. I also love Sh0rtie’s mesh knit gloves from the Wayward Market; good realistic looking gloves are hard to find, especially if you are picky like me and like them to be pretty as well. These fit the bill and are available in several different color combinations. The star of the show is the Northern Cardinal from Half Deer. I bought these last year and they strike the same delight in me now as they did then.

I took this photo in front of my house on Studland Bay. It is part of the Tour of Lights, which runs through the end of tomorrow. Please feel free to stop by and have a look around, and follow the tour to see some of the other fun home decorations on the grid! 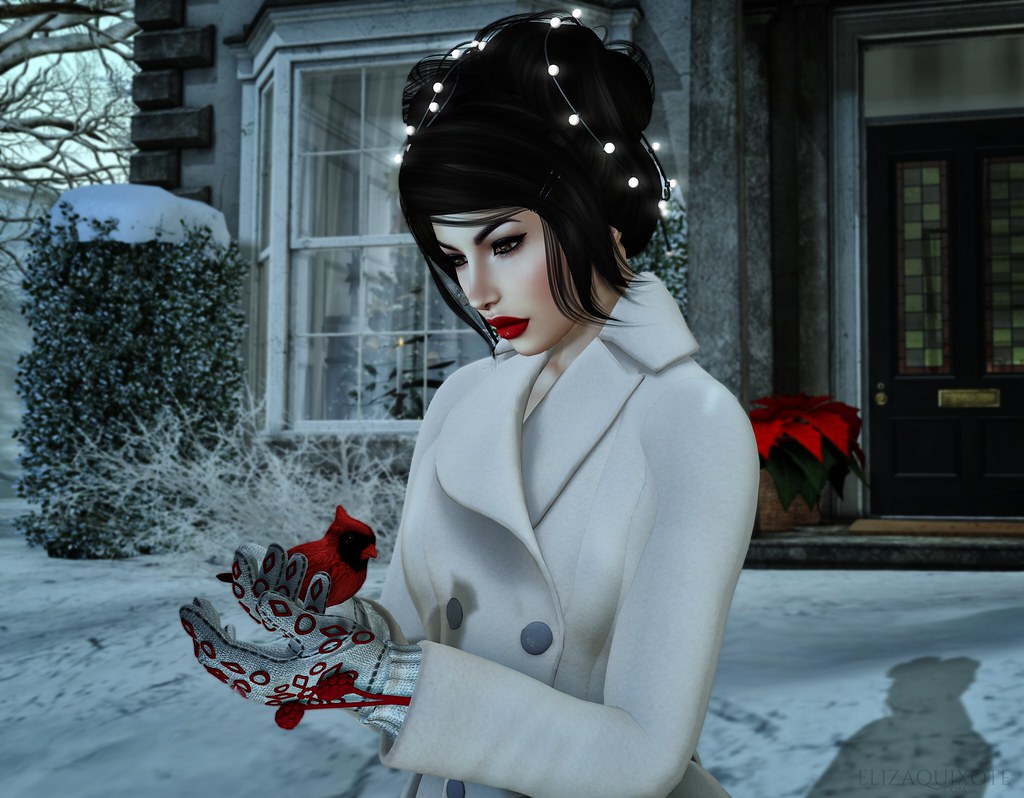