Okay, so this color sounds disgusting but is actually just a dark brown/grey. As I was thinking about it I was reminded of John Johnston, aka Jeremiah Johnson, aka Liver-Eating Johnson. My mother was a Native American studies major so I can’t claim this as my personal knowledge and would probably know nothing about it except for her!

Liver Eating Johnson. Now, this was a tough, American wild man. The legend surrounding this guy is pretty incredible, but the one that goes along with this week’s color is his vendetta against the Crow Indians. It is said that he ate the liver of every Crow he killed. More reliable historical sources indicate that this all came from a comment he made after killing a man, and that he never actually ate a human liver. Just remember to trust reliable sources, kids!

But look at his picture—I wouldn’t want to have gotten on his bad side, would you? 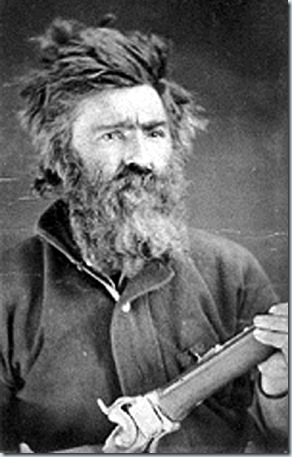 Yeah, I thought not.

So now you know what’s coming, and I think Bruce has finally had it with me on this one—he claims I am making him look like a serial killer. But seriously, this is one bad-ass mountain man, don’t-cha think??? For all you film fans, there is also the gorgeous Robert Redford, who played this character in the 1972 film Jeremiah Johnson. I am not opposed to watching him in any of his incarnations. 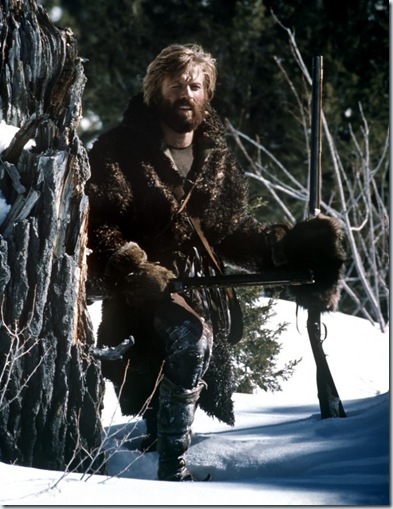